These days, the hottest home outdoor amenity is a backyard pool. The COVID-19 pandemic has brought a huge wave of interest and increased desirability for stay-at-home entertainment, but home shoppers should be prepared to pay a premium for a house with a pool or to have one installed.

“We’re seeing homes with pools sell for $50,000 to $100,000 more than those without, though every house is selling now for a higher price due to the pandemic,” says real estate salesperson Debbie Marie, with Wavecrest Real Estate in Irvine, Calif.

Even in the colder Northeast, real estate salesperson Stephanie Mallios with Compass RE, Team Mallios, in Short Hills, N.J., started to see a surge start last summer when people couldn’t go to public pools due to pandemic closures. And now, despite many getting vaccinations, some public and private pools require a reservation to keep numbers down, so interest in home pools continues.

“Homeowners may have to wait since many pool contractors are booked until next year,” Mallios says. 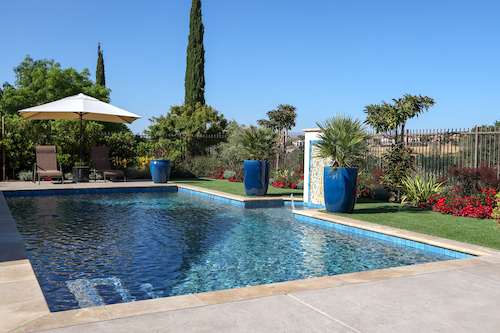 One new trend that may help meet demand is installing a pool made from a recycled shipping container, which cuts the timetable and cost. According to Modpools, a Canadian company that offers various models and ships them by flatbed truck to U.S. sites. Its pools can be up and running the day they arrive, with a homeowner being able to control temperature, lights, and jets from a smartphone.

If your clients are considering installing an inground pool, here are some points they should consider. 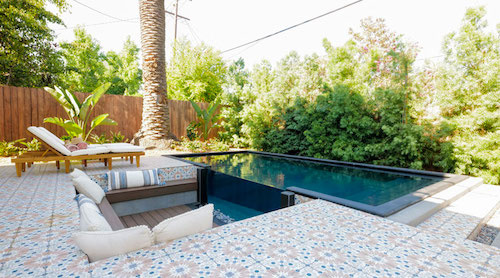 Size. Size varies depending on use and budget, but a typical pool averages 15 feet wide by 30 to 35 feet long, says Glassman. For those who primarily want a pool for laps, its width may be narrowed to 10 feet and length extended to 50 feet or so, he says.

Depth of water. This typically varies depending on use, which may mean 3½ feet at each end and 5½ to 6 feet deep at center, Glassman says. Other pools may have a shallow depth throughout since fewer people use pools for diving.

Style. Long gone are the kidney-shaped pools of years past. What’s in now is a classic, elegant rectangle. 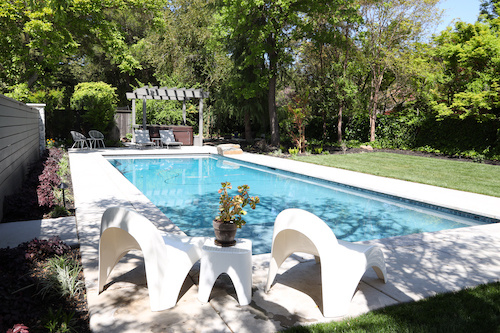 Materials. Many in-ground pools are now designed to last longer and be sustainable because they’re built of gunite with the interior plastered a shade of gray, which looks like a Tahoe blue once water is added, Glassman says. A decorative rim of tile is added at the top. Some prefer fiberglass pools because of the material’s lower price, but it has a tendency to break down, crack, and peel faster, Glassman says. Today’s coping or pool surround is usually some type of stone, such as travertine or concrete, both of which won’t get hot in warm weather. One current “in” look is to install big squares with space left between for faux grass to be interspersed. “Hot weather and lack of water won’t kill it,” Glassman says.

Heated or not. Due to the cost of heating a pool, many homeowners are using solar, says Marie. Solar panels are usually installed on the roof of the residence, guest house, or pool house. A homeowner can then install an electric heater that operates on the solar energy panels on the roof to heat the pool.

Saltwater vs. chlorine. A few years back, having a saltwater pool became popular to avoid chemicals that irritate skin, eyes, and hair, but now some homeowners are finding that saltwater can damage the valve actuators used to open and close the pool pump. As a result, people are again asking for chlorinated pools, says Glassman.

But there is a third option: Companies like Chester, N.J.–based BioNova Natural Pools have gained a following because they offer a natural, chemical-free option. Founder, CEO, and President James Robyn’s original concept was to install two pools—one for swimming and the other for “regenerating” with a biological filter of aquatic plants or beneficial microbes to control algae and clean the water. More recently, Robyn developed a “biofilm” filter that eliminates the need for the second pool, so the cost is lower and the space needed is smaller. The price usually is comparable to chemical pools—around $100,000, Robyn says.

Bells and whistles. Though simple in shape, more luxurious pools still include extras, such as steps that are wide and long to accommodate a chaise for sitting or lying in the water, known as a “Baja shelf.” They may also feature a space for an umbrella to shade swimmers, Glassman says. Many also include an attached spa or are embellished with a cluster of boulders and a recirculating waterfall for a natural look.

Others even include a fire bowl or several bowls since fire and water are a favorite pairing, with some in-pool and exterior lights for night use that add drama and ambiance. 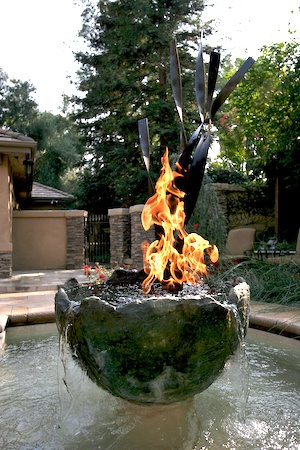 Safety. To keep young children safe, an alarm that senses movement in the water can be installed in the pool. Many homeowners are also forgoing a diving board, opting for a design with a slide instead.

And we've got the good stuff...

Sign up to receive our exclusive Guide To Buying and Selling. You'll be an expert in no time.